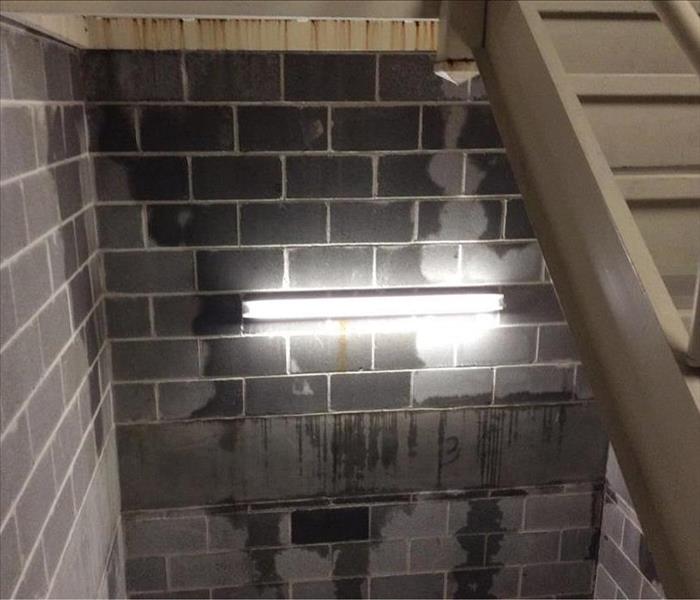 When a water valve directly above a local commercial client’s stairwell malfunctioned, SERVPRO of Henry and Spalding Counties swooped in to save the day! The malfunction affected more than 4 floors of stairwell space. The crew quickly got busy and worked on removing affected ceiling tiles and carpet, removing the cove base, and applied an antimicrobial treatment. In the stairwell the crew extracted water from the hard surface and placed several dehumidifiers. Unfortunately after completing all of this work the crew found that the water value had sprung another leak, so our diligent crew stopped the leak and then had to re-extract the stairwells.