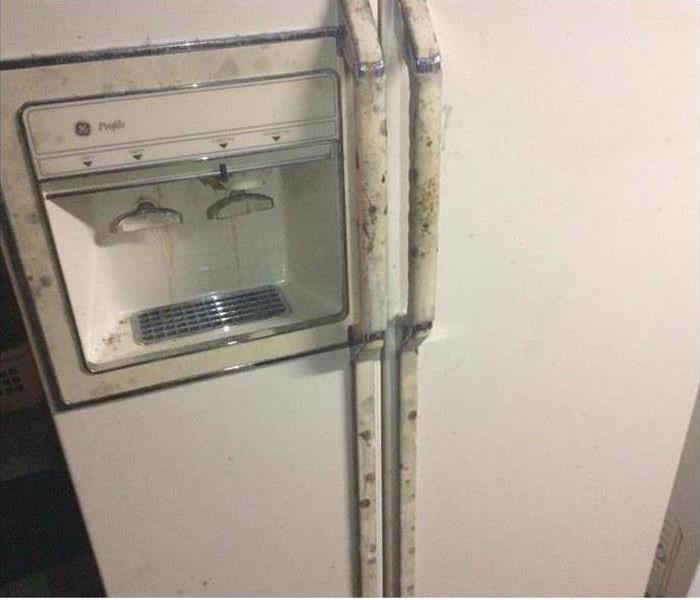 Basement and its Contents affect by Mold

A homeowner called us to see if we could help him with a situation in his basement. He said that his hot water heater had burst and that there was water everywhere. We immediately scheduled our crew at SERVPRO of Henry & Spalding Counties to go scope the damage. When the crew arrived, they discovered that a lot of the contents in the basement were affected, including the white fridge in the picture covered with microbial growth. After explaining their finds with the homeowner, our crew decided to do a packout in the basement, so our Fire Specialists could start cleaning all the contents at our warehouse. The crew began the process of removing carpet, carpet pad, cove base, and a lot of drywall. They also placed several dehumidifiers to stabilize the environment. Once the basement was clean, and no mold was present they moved the contents back in.