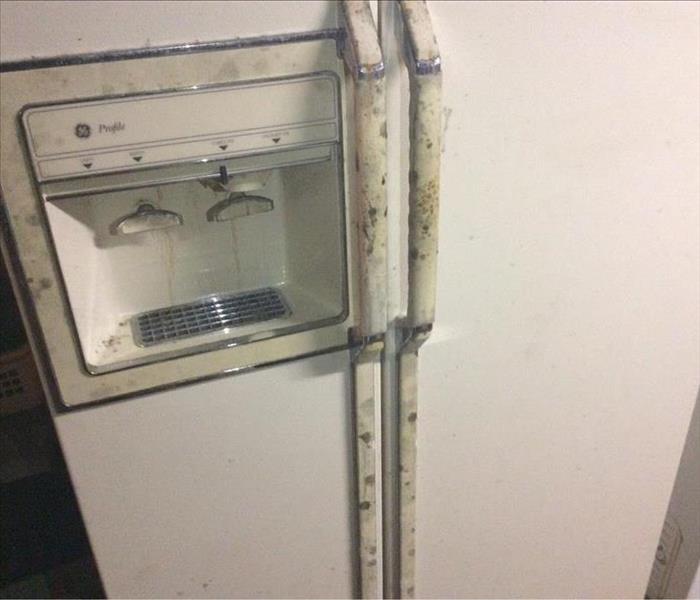 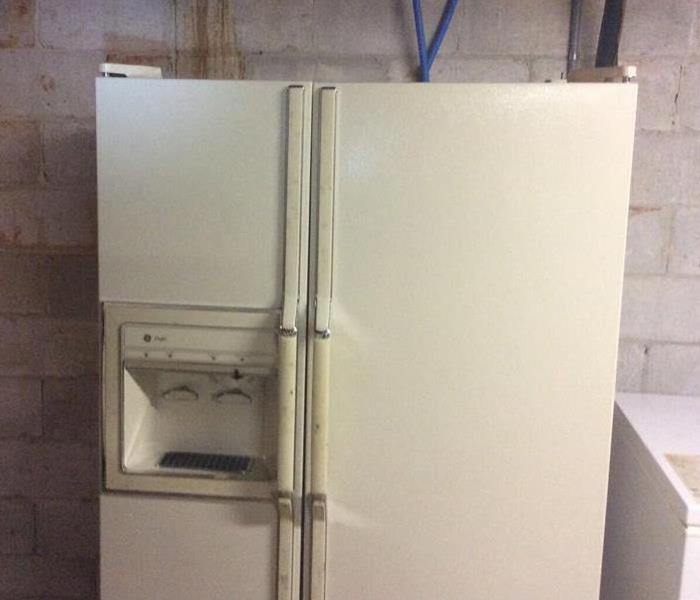 After a hot water heater busted in this homeowners unfinished basement, our crew at SERVPRO went in to scope the damages. During our initial visit we found that standing water was present and there were large amounts of affected contents in the basement, including the fridge in these pictures that shows major signs of microbial growth. After discussing the damages with the homeowners our crew went ahead and began removing carpet, base, and drywall in the basement as well as placing several dehumidifiers to stabilize the environment. Due to the fact that there were many affected contents in this basement our crew decided to do a pack out in this home to remove and clean the contents in our warehouse until the basement was clean and stable enough to move the contents back in.